Being sick is always sucky, especially when it’s your stomach and intestines

Listing there aimlessly, hoping for the internal torment to subside

How many times can you count the bathroom tiles?

Penelope looked at her kids and shook her head

Loving them was usually so easy, even if they were little witches

Until they broke something.  This time it was the toilet

Going into the bathroom, she stopped in her tracks for a second

Readying for her weapon, she battled the summoned demon back down the bowl and flushed.

Just play a game of cards they said.  It will all be fun.

And there I was with a royal flush and a chance to make a couple of quid.

Can’t really lose, so I went all in.  When we showed our hands, one guy just lost it

Know what came next? That bloke chased me to the bathroom with an axe screaming “Here’s Johnny!”

Leaning down to retrieve it, he took a small step.

It left him unbalanced, he reached out to stop the fall, but down he went

Pulling the shower curtain down with him

Putting him on the floor, underneath the curtain, with the shower still on

Reaching for the toilet, he levered himself into a sitting position 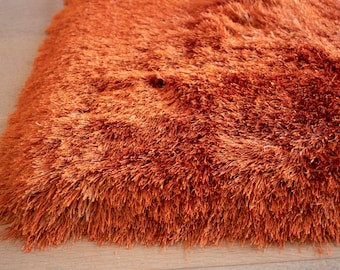 Ripping up the broken tiles by breaking them some more, how cool is that?

Underneath the subfloor doesn’t look that bitch’n, soooooo

Gonna lay me down some burnt orange shag.  Make the bathroom groovy again!

The bathroom’s walls were naked

It was screaming to be covered in porcelain

Eventually, the plaster would look so much better.

Hal looked at Petunia as he left the bathroom.  “My god, Petunia!  What the hell did you eat?”

Petunia barely looked up from her position on the couch.

“No really.  You blew up the bathroom and you didn’t even have the decency to even try to cover it up.”

Petunia closed her eyes and looked away.

Petunia still didn’t do anything.  Hal began to feel stupid for complaining.  “Look, I’m sorry.  It’s just been hard, and you know about a man and his throne.

Hal moved over to the couch to sit next to her, but Petunia got up and walked away.  “Why do you have to be that way?” he asked.

Petunia spared him the briefest of glances before turning away from him.

“Damn it, Petunia!  Come here.”  When she didn’t move Hal continued.  “Is this how you’re going to treat me?  You go out all night carousing, not coming home till the morning and you expect me to pretend nothing is wrong.  The bed gets awfully lonely you know.”

Petunia left the room.  Hal put his head in his hands.  “I put a roof over your head.”  He looked up from his hands at the door she had walked through.  “I put food on your plate.  I buy everything you have.  The least you can do is give me a little attention!”

Petunia came back into the room and cocked her head to the side.

Hal sighed.  “Fine.  I’ll feed you first.”  He got up from the couch and headed to the kitchen, Petunia following in his wake.  He opened a can of tuna and put it on the floor.  When Petunia set in on her feast, Hal scratched between her ears, unlocking a deep purr from her.

Hal sunk to the floor next to her.  She hit him in the face with her tail.  “Cats,” he whispered with a small smile on his face.