It made the darkness come alive with magical moments

Given that the ghosts were slaughtering all those that lived, their memories didn’t have to last for long.

It gave the world a sense of magical wonder

So rewarding those awake to witness the scene

Fire climbing high into the sky

Lighting her eyes in a way that was magical

And the image made his heart skip a beat

Maybe that’s why it didn’t hurt as much

Even as the knife plunged deep into his chest

Born to teeter-totter through life

Longing to stay in the center

And yet we usually over compensate

Eventually we all fall down

Everything becomes more magical in that twilight moment

Snippets and whispers of other realms peek from beyond the veil

That opportunity sets as darkness brings down the curtain

Ribbons of light cascade down between the dark clouds

As the teardrop remnants of rain drip from outstretched leaves

Everyone thinks just because you have pointy ears, you’re magical

Let me tell you, we are only qualified for two things

Fighting orcs or wrapping presents, and I hate goddamn bows!

Lincoln believed he was very confident in who he was, but still had this aching desire to be called pretty by someone.  Hell, anyone.  He was called many things, but never that magical word.

Finally, after a long time of searching everywhere, he finally heard the words, “You are pretty, Lincoln.”  It put such a huge smile on his face.

He wished he could have hugged the man in the mirror who said it, but instead he wrapped his arms around himself.  It might not be much, but it was a start.

He had to be the first to believe.

Allowed Marcus to start to subtle shades of unseeable colors

The art bloomed into reality.  It was magical 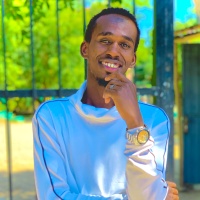