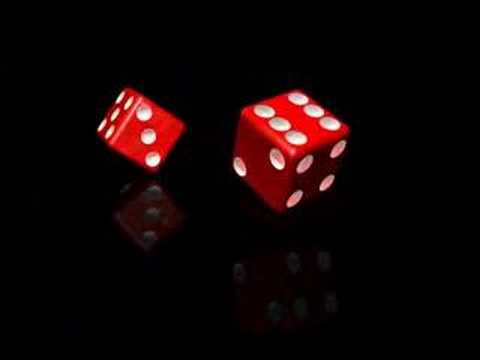 Under her breath she uttered a prayer

Cascading down the table, tumbling over and over

Kismet wasn’t moved by her offering

Placing aside hubris and putting on humility

Reaching for the heavens while kneeling on the floor

Accepting responsibility while asking for forgiveness

Yielding a lifetime for the blessing of life

Entering the tabernacle of the Lord

Timmy wondered what he would be thankful for this year.  Every Thanksgiving Grandpa would say a prayer over the meal and ask everyone, one at a time, to say one thing they were grateful for.  Last year he had said he was thankful for his toy car.  Grandpa was fine with that, but his mother later explained that he should have said something that wasn’t toy related.  Now they were pulling into the village that Grandpa lived in and Timmy was worried.  What would he say this year?

“You’re being awfully quiet back there,” Dad said.  “Is everything all right?”

“I’m trying to decide what to be thankful,” Timmy said.

Dad twisted the rear view mirror around and gave Timmy a quick smile.  “Me too.  It’s been a tough year.”

Timmy nodded, not sure how to describe what he felt.  His dad fixed the mirror and continued.  “Your mom would have been proud at all the thought you’re putting into it.”

Timmy stared out the window, tears falling silently down his face.

Dad pulled into Grandpa’s driveway and Grandpa poked his head out the front door.  Grandpa had such a big smile on his face that it immediately banished the gloom that Timmy felt.  Timmy quickly wiped the tears from his face with his shirt sleeve.  He didn’t want to make Grandpa sad.

Grandpa opened Timmy’s door and helped him out of his car seat.  “How is my little man?” asked Grandpa.

Grandpa gave him a big hug and then swung Timmy onto his shoulders.  “Yes you are, but not for long,” Grandpa said as he carried Timmy to the house.  “Pretty soon you will be away in college trying to keep all the girls away.”

Dad took the suitcase out of the trunk.  “You keep thinking that, Timmy,” Dad said.

“Except for Mom,” Timmy continued.

That brought Grandpa up short.  He swung Timmy down and gave him a strong hug.  “Well, keep thinking that too, Timmy,” Grandpa said.  “Your mom, was pretty special.”

“Do you miss her too?” asked Timmy.

Grandpa stood up and opened the door.  “Every day, but I still have you, and that’s like having her here,” Grandpa said.

Dad came up behind Grandpa and gave him a pat on the shoulder.  “Agreed.”

Timmy thought about what Grandpa had said, but it didn’t quite make sense to him.  Then his tummy grumbled.  “My tummy is getting angry,” Timmy said.

Grandpa smiled weakly.  “Well then go inside.  Dinner is just about ready.  It isn’t as nice as, well it just isn’t,” Grandpa said.  “But it is food and family and”

“Thanksgiving!” shouted Timmy as he entered the house and saw the plastic cornucopia on the table.  The scent of turkey surrounded Timmy and seemed to give his nose a high five.  “I can’t wait!” he said.

“Go wash your hands, and I’ll get the bird ready,” Grandpa said.

That motivated Timmy to run upstairs to the bathroom and pull out his stool.  He pumped soap into his hand and turned on the faucet.  As he rubbed his hand under the falling water that fear came back.  What was he going to be thankful for?  He slowly shut off the water, now dreading going back downstairs.  His stomach rumbled again.  “Just be quiet,” Timmy said.  “I don’t know what to say yet.”

“Are you coming?” asked Dad from downstairs.

Timmy just wanted to hide in the bathroom.  He didn’t want to be thankful for a toy.  He couldn’t say Dad or Grandpa since that would leave the other one out.  He could say his family, but that seemed lame.  He wanted to ask his mom what he should do, but that wasn’t possible.  Timmy just sat on his stool not knowing what he was going to do.

Footsteps coming up the stairs made Timmy just seize up.  He needed more time.  Someone knocked at the door.  “Timmy?” Grandpa asked.  “Are you okay?”

“Do you need some help?” asked Grandpa.

It was quiet for a moment, then Grandpa asked, “May I come in?”

Timmy waited for a moment, but decided he really needed the help.  “Sure,” Timmy said.

Grandpa opened the door and nodded seeing Timmy there.  “I was wondering if you were okay,” Grandpa said.  Grandpa came into the bathroom and sat on the closed toilet.  “Want to talk about it?”

“I don’t know what to be thankful for this year,” Timmy said.  “I don’t want to ruin Thanksgiving.”

“Timmy, you won’t ruin Thanksgiving.  You’re being too hard on yourself,” Grandpa said.

Timmy was not convinced.  “But Mom didn’t like it when last year I was thankful for my car.  She told me I should think of something else.  But I don’t know what to say.  I don’t want to Mom to be sad because I did something stupid.  I want to make her proud of me,” Timmy said through a new fountain of tears.

Grandpa twisted on the toilet and put his hands on Timmy’s shoulders.  Tears were welling up in his eyes as well.  “My daughter did some amazing things in her life, but her most amazing thing was having you.  She was proud of you before you were born and proud of you when she breathed her last.  Always remember that,” Grandpa said.  “Just try your best, that’s all she, or anyone else, can ask.”

“But I still don’t know what to be thankful for,” Timmy said.

Grandpa pulled Timmy to him and gave him another strong hug. “Just speak from your heart then.  Everything will be fine.”

Timmy nodded and pulled back.  “Okay then, I think I know now.”

Grandpa smiled and wiped away his tears with a towel.  “Good, because that bird is getting cold, and we don’t want that,” he said.

“Until tomorrow,” Timmy said.  “That’s when we have sandwiches!”  Timmy’s stomach growled in agreement.

Grandpa laughed at that.  “You are right there, Timmy.  Right there.  Let’s go get something to eat.”

Down on the table all the food was out.  The three people brought together by one woman sat around the table, heads bowed in prayer.  Grandpa continued, “Thank you Lord for this meal and the ability for our little family to come together.  You give us so much every day that we take most of it for granted.  On this day set aside for thanks giving, hear our prayer and know that we are truly thankful for…”

There was a short silence and Dad spoke up, “I thank you for Timmy.  I am proud to be his dad and am thankful for the person he is.”

Another little bit went by and Grandpa spoke up again, “I am thankful for David bringing Timmy here.  He could have easily gone to his family, but he honored his father in law by sharing this day and time and my grandson.  For that I am extremely thankful.”

Now the silence ate at Timmy.  He knew it was his turn.  He looked at his heart and knew what he had to say.  “God, I am thankful that you took my mom home to be with you.  Not only is she not in pain anymore, but I know she is with me all the time now and not many kids can say that.”

There was a little more silence and then Grandpa choked out, “Amen.”  There wasn’t a dry eye in the house, but smiles blossomed as turkey was doled out with extra helpings of stuffing and gravy. In between bites Timmy asked, “Did I do good Grandpa?”

Grandpa looked at Dad and then back to Timmy.  “You did great, Timmy,” Grandpa said.  Dad nodded his head and Timmy smiled knowing his mom was nodding as well.  It made Timmy happy knowing all his family was there.