Rat race?  You want to talk to me about a rat race?

Everyone should have a chance to escape the maze, sure. but

That snap will be your early finish line.  Now that’s a rat race! 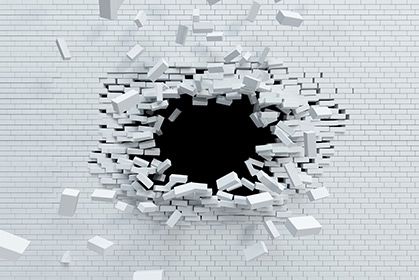 Want to hit it so damn badly

And then punch my way through, removing it from my existence

Leaving only dust to witness where the impediment once stood

Letting me race ahead till I find the next…

Falling below the surface of the water

Looking back at the border between the liquid and gaseous states

Opening my mouth, bubbles race away to freedom

As I continue to sink deeper

There I found my value of buoyancy

The rat race isn’t getting any easier

Running as fast as you can in circles

And all you can hope for is some crappy medal

Consider what would happen if you tried a different sport?

Kick off those tired sneakers and grab a javelin?

Don’t give in.  You can do this

Even if they’ve pushed you down ten times, you’ve got to get back up

Finish the race and show yourself who you know you are

Yanking victory from those trolls who didn’t believe

Reaching down deep for something she didn’t know she had

All of a sudden she blew past her competitors

Catapulting herself to victory

Enabling her to qualify for the next level

Focused on the goal of winning it all

Alison forgot about her competition

Usually she didn’t have this luxury, but all that hard training was paying off

Ready to celebrate she slowed down and lifted her arms victoriously

Everyone gasped as Stacy burst past, leaving Alison stunned and in second

Still striving to have equal chance to enter the competition

Her path littered with the debris of sexism

Eventually she will conquer this race

Putting her daughter to bed, Abby felt like she was about to break.

Eventually this sprint would either let her win the race, or have her crash and burn.

Maria’s words moved John to tears, but he didn’t want to admit it.  He turned slightly away to cover up as best as he could as he dabbed the traitorous tear that escaped his iron clad grasp.  He looked back into her deep brown eyes and thought back to when they had first met.  It seemed like it was forever, and also just now.   No matter, it had been love at first sight for John, even if Maria hadn’t realized it.

John smiled and bent close, making sure only Maria would hear his declaration of devotion in the cacophony that surrounded the two of them, but she beat him to the punch.  “Well it was nice to meet you,” Maria said cheerfully as the starting countdown began.  “Good luck.”

Before John could respond, Maria began to jog away in the sea of humanity that made up the mass start of the Boilermaker 15K race.  John attempted to follow, but soon Maria was swallowed up by the swarming runners passing him.  John sighed as he slowed even more to find his own pace.  At least they will always have the start of the race.  Of course, maybe he could find her in the party afterward and share a beer.  Who knows, he might even get her phone number.

Too bad he had forgotten her bib number.