Put him on his mental treadmill, trying to exercise them away

Reaching an exhaustion level that would allow him to fall unconscious

It sometimes worked, but tonight the ideas and thoughts were too fast

Not that he gave up dashing after them, but waking hours passed slowly

Standing firm in what he knew he needed to do, oblivious of physical demands

Unable to understand why his message did not find fertile soil

The stain on his trousers spoke louder. 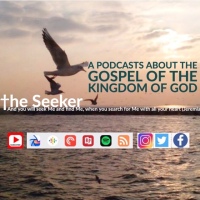